The story of Mercorne began with Charles and Paul Castanier. While playing a game of golf, they met a knife-maker who told them of his difficulty purchasing animal horn. The two brothers, who were just back from West Africa, decided to embark on an adventure and imported a few cases of Zebra horn. This led to the foundation of their company Mercorne : horn (corne) that travels by sea (mer), but it is also a reference to Saint Flour de Mercoire, the village which the brothers call home when in France. The two founders have always been involved in the company supporting the developments.

Family has always underpinned this adventure. Martial came to Mercone’s aid, Chloe supported the company with her many skills, always with patience and kindness, and we can never forget the help given by Julie, Clement, Henri, Rene… under the watchful and encouraging gaze of the Castanier ‘chief of the clan’, my grandmother.

Now we have Benoit, my partner in life and with me on this adventure for the last 6 years. Without him it would have been hard to continue. 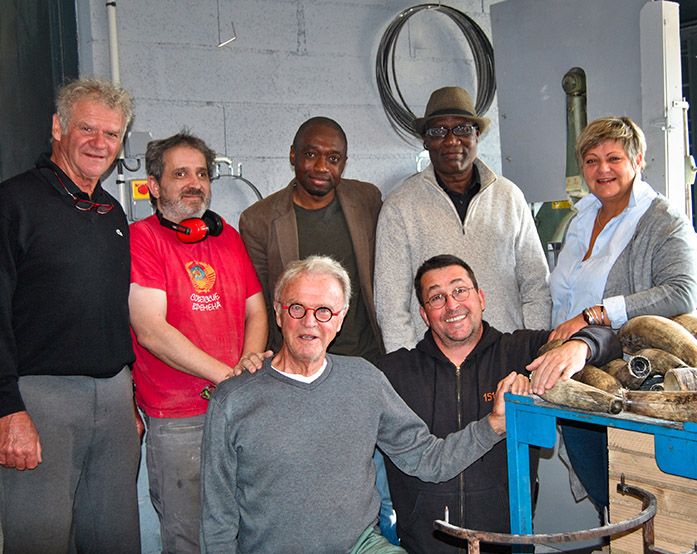